(age or sex in the following below : )

Ott Advertising - allowing for the placement of video ads on mobile connected TV and big screen devices to reach TV viewers through devices such as Roku, Amazon Prime, Sling TV, Direct TV now and more targeting the African-Americans only

Bringing Rhythm to Your Mailbox 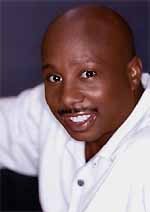 An Expert in Direct Marketing

Because of KLS Direct Marketing's growth, the United States Postal Service (USPS) promoted Stanley in seven magazines with a full-page, four-color ad which ran in Black Enterprise Magazine and Upscale Magazine as well as regional and local publications.

In recognition of his success as a business owner, Stanley has been interviewed on ABC and NBC affiliates and WVEE (V-103), the top-rated radio station in Atlanta. Named by Chicago-based Being Single Magazine as one of the nation's “Single Black Men on the Move,” Stanley was selected to participate in a panel discussion at the Black Enterprise Conference in 2002. In October 2003, he was highlighted in an article in Black Enterprise Magazine.

Stanley says he put his unique marketing concept into action because there was a need. “African Americans have television programs as well as radio stations, magazines, and newspapers that focus on their lifestyle,” said Stanley. “However, there was no direct mail program that concentrated on African Americans whose buying power is over 500 billion dollars annually.”

Stanley's direct mail company began by sending ads to 100,000 African Americans. He projected that by 2004 around two million African Americans will receive his program four times a year. Stanley's marketing concept is the only one of its kind in the United States.

Connect With Our Direct Marketing Company

If you want to work with an expert in direct mail marketing, choose African American Direct Mail in Lithonia, GA. We can offer you the right solutions for your advertising needs to help you reach your target market. Contact us today to get started with our direct mail program.